My guest today has traveled longer, and further, than just about anyone else I know.

Over the past twenty+ years, Rolf Potts has covered the better part of the planet in his travels. He is perhaps best known as the author of Vagabonding, a book that remains just as widely read and influential among long-term travellers today as it was when it was published thirteen years ago. 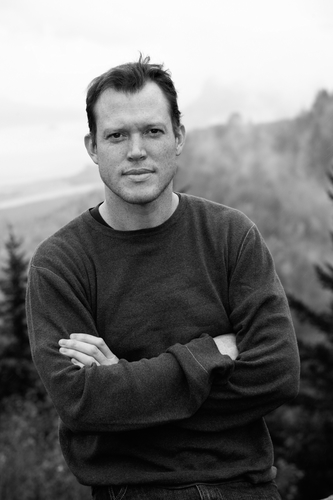 Vagabonding mixes practical advice with philosophical insights about the value of travel, and it was, as it was for many travellers of my generation, my introduction to Rolf’s work. Rolf’s writing has appeared in the New Yorker, National Geographic Traveler, The Guardian, and many other major publications.

But the main reason I wanted to talk to Rolf today is to ask him about a new book he wrote examining what some might call some unusual or uncharacteristic subject matter.

Rolf just released a new book about Houston rap legends the Geto Boys, more specifically their seminal self-titled 1990 album. This was one of the first “mainstream” albums with a lot of four letter words, and hilarious, bizarre, and occasionally disturbing subject matter. When The Geto Boys was finally released, chain stores refused to stock it, concert promoters canceled the group’s performances, and veteran rock critic Robert Christgau declared the group “sick motherfuckers.”

I wanted to speak to Rolf today to learn about why he wrote a book about the Geto Boys, what he learned in the process, and what originally drew him to the album as a teenager. But our conversation ended up veering into many different directions, and we also talk about Rolf’s relationship to music while he travels, how aging is impacting his travel habits, long-term travel and egotism, Simon & Garfunkel, and somehow, my raging hormones as a fourteen-year old boy.

So I hope you enjoy sitting in on my wide-ranging conversation with the American travel writer Rolf Potts.

Learn more about Rolf at: