My guest today is a Frank Sinatra expert with a capital “E.” Chuck Granata is an author, archivist, record and radio producer as well the occasional co-host of Nancy Sinatra’s Sirius satellite radio program “Nancy for Frank.” 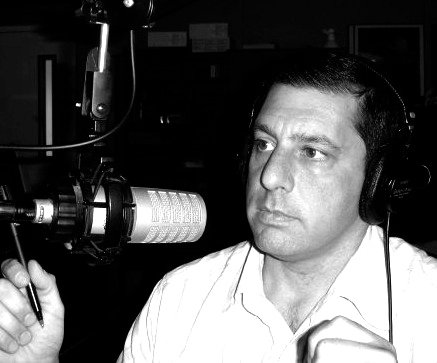 Chuck has spent much of the past fifteen years studying and preserving Frank Sinatra’s recorded legacy, and is the author of Sessions with Sinatra: Frank Sinatra and the Art of Recording.

In today’s episode of Travels in Music we discuss the centennial of Sinatra’s birth, what makes his music so enduring and special, and how Sinatra’s connection to the state of New Jersey helped make him the man he was. This conversation was recorded prior to the death of Frank Sinatra Jr, but we also discussed what Frank Jr. told me was his father’s greatest talent. It just might surprise you.

Even if you’re not a Sinatra fan, my guest possesses a rare talent for teaching people—people like me—how to listen to music to experience the most pleasure, and understand and appreciate it even more. So I love talking with him, and although I must confess we get a little geeky or “inside baseball” in certain moments, I think you’ll also enjoy sitting in on my conversation with Frank Sinatra expert Chuck Granata.

A note: Frank Sinatra Jr., his legendary father’s only son and a talented performer himself, died suddenly in March at the age of 72. Just a few months before his death I had the chance to interview him by phone for PopMatters. When we spoke, Frank Jr. was kind, gracious, funny, and protective of his father’s legacy; characteristics that he demonstrated, with great class and dignity, throughout his life. Although we spoke only once, I was saddened by his passing.

This episode of Travels in Music is dedicated to the memory of Frank Sinatra Jr.

Learn more about Chuck Granata at: