The Canadian rock n’ roll band The Tragically Hip occupy a special place in my country’s musical culture. Although the Hip have dedicated American and European fans, they have, for the most part, concentrated their efforts on building and sustaining their ravenous Canadian fanbase.

Many of the band’s most loved songs address distinctly Canadian themes—hockey, the wilderness, unremarkable small towns—but they also address wider conflicts and inequalities in Canadian society. They are, in so many ways, Canada’s rock band, and among the most widely admired and celebrated artists in the country.

This is why it sent shockwaves through the country when it was announced in May of this year that Gord Downie, the lead singer of the Hip, has terminal brain cancer, and this summer’s tour will likely be the band’s last. On hearing this news, Canadians experienced an outpouring of emotion, and even casual Hip fans—people like me—were impacted by the news. The CBC, Canada’s national broadcaster, has decided to broadcast the band’s final concert on August 20 to a nationwide audience.

In short: the Tragically Hip mean a lot to my country. But the band might mean even more to my guest today. 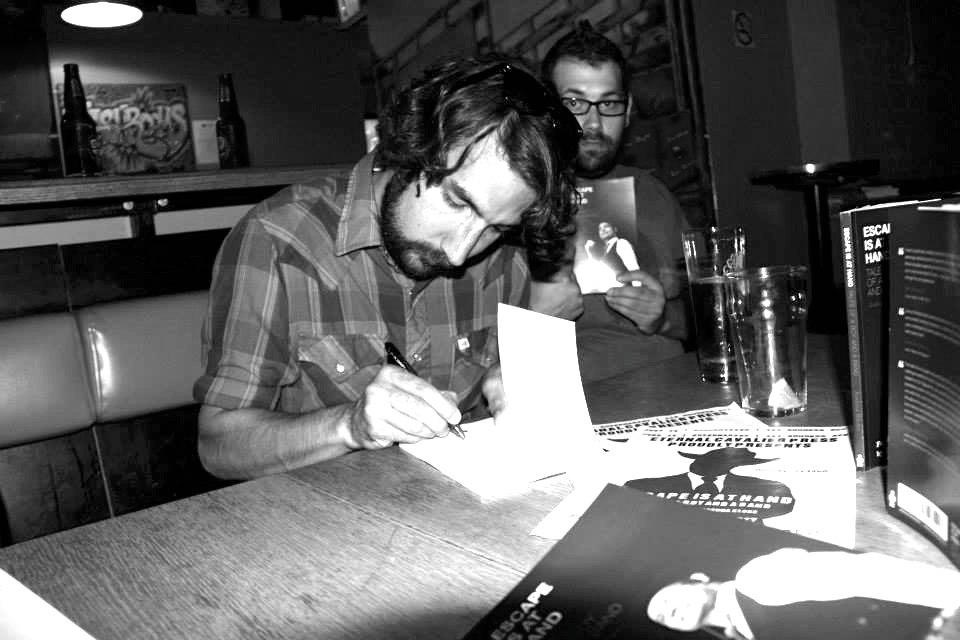 Joshua Kloke is a music and sports writer, contributing to The Guardian, Vice, Sports Illustrated, and many other publications.

His book Escape Is At Hand: Tales of a Boy and a Band is a memoir detailing his passion for the music of Tragically Hip, and detail his travels around North America and Europe in the footsteps of his musical idols. In today’s episode of Travels in Music I wanted to speak to Joshua to better understand the place of the Tragically Hip in Canadian music history, hear more about his travels following the band, and discuss the recent news about Gord Downie.

I hope you enjoy sitting in on a very Canadian episode of Travels in Music, with my guest Joshua Kloke.

Learn more about Joshua Kloke at: